Apple’s Volume Purchase Program, the scheme which allows institutions to mass-purchase iOS applications and iBooks, is set to launch in 16 brand new countries.

According to Apple’s website (via 9to5mac), Mexico, the United Arab Emirates, Hong Kong, Singapore, and a selection of European countries will be able to access the Volume Purchase Program “soon.” The full list of nations includes:

Australia, Canada, France, Germany, Italy, Japan, New Zealand, Spain, the United Kingdom, and the United States already have access to the program, which also provides institutions with a means of deploying purchased applications and iBooks.

Cupertino has recently been making it easier for I.T. administrators to deploy iOS in schools and colleges, and in March the discounts offered to institutions as part of the “Apple Loyalty Program” were increased for Mac computers, accessories, and iPads.

It’s not just Apple’s tablet which has seen impressive education sales, though. Mac computers have also proven popular in schools, with sales in education having reportedly increased since the iPad’s launch.

In the meantime, see: Let your kids discover the pleasure of storytelling with Disney Story Central for iPad, Voilà! Popular multilingual translation app iTranslate now available for Mac, and TaskRabbit 3.0 hops onto iOS with new features designed especially for clients. 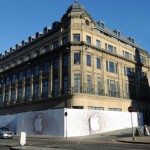 Grand opening of Apple's new store in Edinburgh, Scotland could be 'imminent' 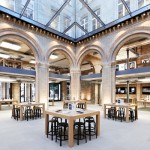 Apple can now register retail store layouts as trademarks in Europe
Nothing found :(
Try something else