Apple's iPad hasn't negatively affected Mac sales in education, according to one analyst. In fact, education sales for the Mac computer have continued to grow during the years following the iPad's debut, thereby weakening claims of “cannibalization” within the Apple ecosystem.

The news comes from analyst Charlie Wolf with Needham and Company, who explained that the iPad's success in the education sector hasn't come at the expense of Apple's Mac.

In a note to investors (via AppleInsider), he said: “Since U.S. education sales have been virtually flat over the past seven years, we find the Mac's performance to be nothing less than outstanding.”

The fact that Mac sales held steady indicates that the iPad did not cannibalize Mac education sales. Rather, the dramatic growth of iPad sales in the education market reflects the discovery by schools and universities of new uses for the iPad that were not possible with traditional PCs.

The success of both the Mac and the iPad means Apple has been able to reach education sales of $1 billion in a single quarter. This happened for the first time ever last year, Wolf added.

It seems that rather than cannibalizing Apple's Mac sales, the iPad is instead “eating away at sales of traditional Windows PCs” for both schools and students, AppleInsider explained.

Apple has recently been making a big effort to improve iOS deployment in both education and enterprise, and this culminated in its recent overhaul of iOS mobile device management (MDM).

New “zero touch” setup, remote configuration, and a less complex way for under-13-year-olds to sign-up for an Apple ID means there's never been a better time to deploy Apple's mobile OS in schools. 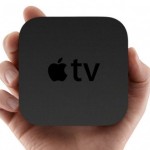 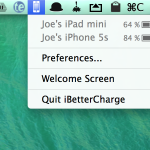 This Clever Mac Utility Brings iOS Battery Notifications To The OS X Status Bar
Nothing found :(
Try something else