You are using an outdated browser. Please upgrade your browser to improve your experience.
by Bryan M. Wolfe
July 30, 2014
Apple has released a number of Mac updates in recent months, including a new MacBook Air in April, a less expensive (and updated) 21.5-inch iMac in June, and a new Retina MacBook Pro earlier this week. A new Mac mini and improved 27-inch iMac are also likely to arrive in the coming weeks, according to Consomac. The French site was among the first to uncover an Apple support page listing an “iMac (27-inch, Mid 2014), and “Mac mini (Mid 2014)." That page has since been updated and no longer includes either model. The 27-inch iMac was last updated in September 2013, while the last Mac mini refresh occurred in October 2012.

Apple sold 4.41 million Macs during the June quarter, compared to 3.8 million in the year-ago quarter. During the time period, Apple also sold 35.20 million iPhones, 13.27 million iPads, and 2.96 million iPods. The company is expected to release OS X Yosemite in October. See also: A look at some of the changes coming with Apple's iTunes 12, Apple releases the first public beta of OS X Yosemite, and Apple to launch iOS 8 and OS X Yosemite separately despite tight integration features. 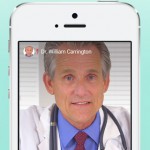 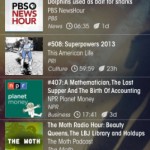 Apple confirms it has acquired Swell Radio
Nothing found :(
Try something else