You are using an outdated browser. Please upgrade your browser to improve your experience.
by Joe White
July 15, 2014

Cupertino is reportedly looking for retail staff with special expertise in photography to test its in-development Photos app for OS X.

The news comes from 9to5mac, which explains that “multiple retail employees” provided the website with the below message reportedly sent out from Apple. It reads:

We are seeking a technical and passionate photography enthusiast to join our Quality Assurance team working on Photos for OS X. You will be part of a fast moving team of specialists tasked with delivering the next generation of photography tools for Apple.

The website adds that Apple usually offers programs such as this “for retail employees that have worked at Apple for at least a year.” Successful applicants will reportedly need to relocate to the company’s Cupertino, California-based headquarters.

Unveiled at WWDC, Cupertino’s Photos for OS X application is replacing both iPhoto and Aperture for Mac, and promises users an iOS-inspired interface, photo editing tools, and robust iCloud storage options (as part of Apple’s iCloud Photos feature). The new application isn’t launching with OS X Yosemite; instead, we’ll see Photos for OS X make an appearance in early 2015, according to Apple.

In the meantime, see: PayPal for iOS now lets you carry virtual versions of your loyalty cards, As lauch of iOS 8 draws near, Apple says iOS 7 is now on 90 percent of devices, and Apple’s iPhone trade-in program goes down under, offers up to $250 in Australia.

The AppAdvice Week In Review: The End Of Aperture, 'iPhone 6' Duo And Shark Week 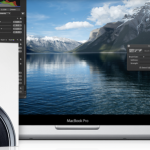 Apple Announces The End Of Aperture And iPhoto For Mac
Nothing found :(
Try something else