You are using an outdated browser. Please upgrade your browser to improve your experience.
by Bryan M. Wolfe
July 1, 2014
The recently unveiled 16GB iPod touch is now available internationally. Like the previously released 32GB and 64GB models, the device is available in six colors and comes with a rear-facing iSight camera. First released in the United States last week, the 16GB iPod touch is now also available in the United Kingdom, Australia, Germany, Brazil, Hong Kong, China, and Japan. Prices vary depending on the region. In the U.S., the 16GB iPod touch sells for $199, while the 32GB goes for $249. The 64GB variety is priced at $299. The current-generation iPod touch launched in October 2012. Unlike the 32GB and 64GB varieties, the 16GB iPod touch had shipped without an iSight camera. It also wasn't available in multiple colors. Those limitations were removed with the recent hardware update. The first-generation iPod touch arrived in 2007. Four new generations of devices have followed. See also: Apple's In-House Commercials Not Performing As Well As Ads From Longtime Collaborator, Apparent Black And White Display Covers From The 4.7-Inch ‘iPhone 6’ Shown In New Images, and Apple Launches Its Back To School Program: Offers Gift Cards For Mac, iOS Purchases. 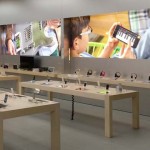 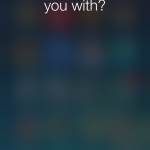 Apple Said To Have Formed Own Speech Recognition Team To Enhance Siri
Nothing found :(
Try something else