After a brief spell during which the Apple Online Store temporarily closed for business, Apple’s website is back and is now advertising the company’s annual “Back to School” promotion.

This year, much like last year, Cupertino is offering students free gift cards when a Mac, iPhone, or iPad is purchased over the course of the coming months (as expected). Mac purchases score customers a $100 Apple Store Gift Card, while iPhone or iPad purchases see customers offered a $50 gift card.

Of course, customers purchasing a Mac computer can also save by using Apple’s Store for Education, too.

Alongside Apple’s Back to School promotion on the Apple Online Store main Web page, Apple also has a placement for “The gear you need for all day and all-nighters.” Here, Cupertino provides students with an idea of how they might like to spend their free Apple Store Gift Card: accessories advertised include the Fitbit Flex, Logitech’s Ultrathin Keyboard Cover for iPad, and – surprise, surprise – a pair of Beats by Dr. Dre headphones.

As per, free shipping is offered for orders over $50. If you’re interested in taking advantage of the promotion, there’s no rush – last year, Apple’s Back to School offer was valid all the way through until September.

For more information, head over to the Apple Online Store.

See also: Don’t Panic: The Pangu Jailbreak Is Already Compatible With iOS 7.1.2, Apple Said To Have Formed Own Speech Recognition Team To Enhance Siri, and Square Enix And Gree To Release Final Fantasy Artniks Dive In Japan This Summer. 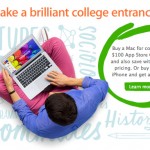 Apple’s Annual ‘Back To School’ Promotion Will Kick Off Tomorrow 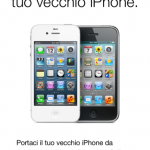 Apple Expands Its iPhone 'Reuse And Recycle' Trade-In Program To Italy
Nothing found :(
Try something else