You are using an outdated browser. Please upgrade your browser to improve your experience.
by Aldrin Calimlim
July 22, 2014
Apple has just updated the iTunes Festival app with a refreshed design for and new information about the 2014 iTunes Festival in London. Earlier today, Apple announced that, for the eighth year running, it would be holding its successful iTunes-sponsored concert series at the Roundhouse in London throughout September. The festival's lineup of performers includes such music heavyweights as Maroon 5, Pharrell Williams, Beck, Sam Smith, Blondie, Kylie, David Guetta, and Calvin Harris. At the moment, Apple's updated iTunes Festival app only offers basic information about the show and provides a link to learn more about and win tickets for it on iTunes. Tickets are free for winners of competitions run by Apple and its local media partners. In the U.K., fans can win tickets by entering ballots on iTunes and participating in contests organized by Global Radio, the London Evening Standard, and other media outlets. Compatible with iPhone, iPod touch, and iPad running iOS 7.0 or later, the new version of the iTunes Festival app is available now on the U.K. App Store for free. The app was previously updated last March with a refreshed designed for and information about the iTunes Festival SXSW, the first of Apple's concert series to be held in the U.S. 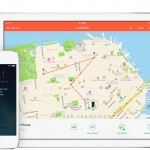 With new developer builds out, Apple set to wipe CloudKit data tomorrow, July 22
Nothing found :(
Try something else