Action Menu, Ryan Petrich’s popular jailbreak tweak that enhances the pop-up copy-and-paste menu on iOS, has received more than a few add-on packages over the years. The most recent, PopSearch, brings a useful – but flawed – search button to the iOS Action Menu, and it can be downloaded now free of charge.

After you have PopSearch installed on your jailbroken handset (it’ll require Action Menu, though this will be bundled with PopSearch if you don’t already have the package), a new “Search+” button will appear in the copy-and-paste menu when a word or phrase has been highlighted.

Touching this button allows users to search for the term using either Google, Bing, Wikipedia, or Amazon; after making your selection, a pop-up Web browser will appear on-screen, displaying your search results.

This is definitely useful, and the jailbreak tweak makes performing on the spot searches quick and easy (the alternative would be to exit your current iOS app, launch Safari or Chrome, and perform your search there before navigating back to your original application). However, PopSearch comes with its share of downsides.

First and foremost, a banner ad will appear along the bottom of your search results in PopSearch’s pop-up browser interface. Second, this Web browser interface doesn’t feature navigation buttons – it’s impossible to go back a page or forward, and details such as a loading icon are also missing from the interface.

PopSearch is free to download and install, and as such it might be worth taking for a spin. But from where we stand, the flaws outweigh the positives when it comes to this new jailbreak tweak. 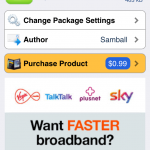 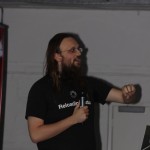 Jay Freeman, creator of Cydia, discusses 'Competition vs. Community' in recent essay
Nothing found :(
Try something else