Jay Freeman (@saurik), creator of the Cydia Store, has posted a lengthy article at his personal website that appears to have been motivated, at least in part, by the occasional appearance of a “Cydia alternative.”

The article is far more wide-ranging than this, however, and sees Freeman discuss his motivaton to host Cydia, the challenges he’s encountered, and the future of the platform.

Clocking in at well over 5,000 words, it’s a big piece – but nevertheless one that’s definitely worth checking out if you have an interest in the jailbreak scene.

Perhaps the most interesting section is the last paragraph, where Freeman higlights the effect that competing platforms has on Cydia and SaurikIT.

He writes, before concluding:

I always then feel like I have to ask people who see jailbreaking as an “opportunity to better monetize what that saurik chump won’t”: are you actually prepared to handle the situation where I get fed up and leave? Do you rely on my software? Are you relying indirectly on the people who in turn rely on me, or my friends? (…)

You might think that all the things that I or SaurikIT contribute are “givens” you can rely on, and that I will maintain them even after you sap the fun of it and bleed away the funding; but I don’t have to, won’t want to, and wouldn’t be able to afford to. Nor, to be clear, should anyone (user or developer) feel entitled to me doing so :(.

The Cydia Store is without doubt the go-to platform for jailbreakers and jailbreak developers looking to market their software, even if so-called alternatives have surfaced online over the years.

Freeman’s article, however, provides users with a behind the scenes insight into what it takes to keep the Cydia platform alive.

For some of the Cydia Store’s most recent additions, check our coverage of TapToSnap, Fully Masked Passwords, and Acute. 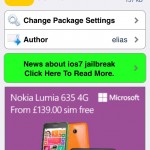 Cydia tweak: TapToSnap is a smart package for active iPhoneographers 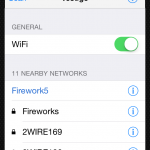 Cydia tweak: The upcoming Vestigo brings smart Wi-Fi management to iOS
Nothing found :(
Try something else