You are using an outdated browser. Please upgrade your browser to improve your experience.
by Aldrin Calimlim
July 15, 2014
Former White House Press Secretary Jay Carney is reportedly being considered by Apple to fill the recently vacated position of public relations chief. In a piece recently published by Re/code on Uber's search for a PR strategy person, Carney's name is said to be among the names "being bandied about for the other big job opening in tech PR, at Apple." Carney served as the second press secretary of President Barack Obama's administration from February 2011 until his resignation just about a month ago. Previously, he served as director of communications for Vice President Joe Biden from December 2008 to January 2011, after working as Washington Bureau Chief for Time Magazine from September 2005. If hired by Apple as its PR chief, Carney will replace Katie Cotton, who worked at Apple for nearly two decades until her official retirement at the end of last May. Cotton is noted for serving under Apple CEOs Steve Jobs and Tim Cook as she steered media coverage from the introduction of the iMac all the way to the current era of the iPhone and the iPad — often in a rather aggressive manner. After Cotton's retirement, Apple was reported to have begun a search, spearheaded by Cook himself, for a “friendlier, more approachable” face to lead its public relations team. 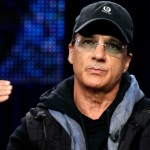 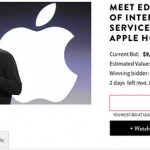 Meet Apple’s Eddy Cue and take home a MacBook Air if you win this charity auction
Nothing found :(
Try something else