You are using an outdated browser. Please upgrade your browser to improve your experience.
by Aldrin Calimlim
May 31, 2014
Earlier this month, it was reported that Katie Cotton, Apple's vice president of worldwide corporate communications, would be retiring. Today, Cotton has officially left Apple, according to Re/code. Working at Apple for nearly two decades, Cotton served Apple CEOs Steve Jobs and Tim Cook and reined in media coverage from the introduction of the iMac all the way to the current era of the iPad. “Katie has given her all to this company for over 18 years,” Apple spokesman Steve Dowling said in a statement regarding the news of Cotton's departure several weeks go. “She has wanted to spend time with her children for some time now. We are really going to miss her.” Cotton then told Re/code that the decision to leave the company was "hard for me" and that "Apple is a part of my heart and soul." Check out Re/code's send-off piece to learn more about Cotton's career and strategy as an an influential PR chief. Cotton ranked No. 50 on Fortune magazine’s 50 Most Powerful Women list in 2011. She was also included in PR Week’s Power List in 2010, 2011, and 2012. Cotton's official exit takes place just days before Apple's Worldwide Developer Conference. See also: Newly Discovered Trademark Applications Point To Apple's Rumored Healthbook System, Watch The Complete Interview With Apple’s Eddy Cue And Jimmy Iovine, and First iOS 8 Banners Appear Before Apple’s WWDC Starts On Monday. 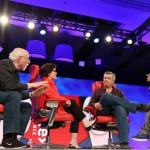 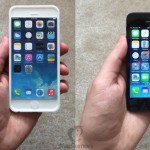 Apple Wants To Put The Genie Back In The Bottle And See The End Of ‘iPhone 6’ Leaks
Nothing found :(
Try something else