Bik is an upcoming application that promises players a retro-inspired gaming experience for iOS.

Though the app is already available for PC, Mac, and Linux computers, it’s set to launch on the App Store (as well as on Google Play) on Aug. 14, and once available the application will retail for $2.99.

PocketGamer explains that the game “is an adventure done in the same vein as King’s Quest, Monkey Island, and other classic point-and-clicks,” and it features “tons of puzzles, quirky characters, and humor to drive the story.”

The game drops you in the role of Bik, a young boy who, after being abducted by aliens during a camping trip, must team up with two alien mercenaries to return home.

Besides offering retro graphics and a captivating storyline, Bik also features a 90-minute original soundtrack; this can be previewed and purchased right now on Bandcamp.

To check out Bik ahead of schedule, consider taking the desktop version for a spin: it’s available now for $3.99 from Bik’s own website.

The iOS app, however, will indeed launch on the App Store on Aug. 14. We’ll let you know once it’s available. 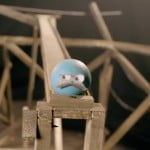 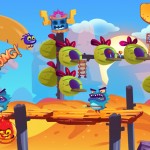 Stomp, Double-Jump And Dash In The Platformer-Runner Mighty Adventure
Nothing found :(
Try something else