While most of the recent news has focused on the upcoming “iPhone 6,” a new report claims that the next-generation iPad Air will also be receiving a substantial upgrade in at least one department.

According to Taiwan’s TechNews, evidence in the supply chain shows the new tablet will feature 2GB of RAM, double the amount found in the current version of the iPad Air.

The larger iPad has been stuck at 1GB of RAM since the third-generation model was introduced in 2012. So doubling the RAM would definitely be a big help when using apps that consume a large amount of memory – like Safari.

A memory bump might also be a needed component for the rumored multitasking feature. First reported to be announced at WWDC, it was later pulled from the iOS 8 unveiling because it was a “work in progress.”

It’s currently unknown whether Apple will introduce the split-screen mode in iOS 8. Pictured is a concept of what the mode might look like.

Interestingly, the same report says that the new iPad mini will stay with 1GB of memory.

Early last week, we reported both new iPads have entered into production and that the larger tablet will offer an anti-reflection coating designed to make the screen easier to see and read.

Leaked images of the full-sized tablet’s rear shell also recently surfaced online. Some changes include a new speaker grille and a relocated microphone.

Both tablets are currently rumored to be introduced in October. 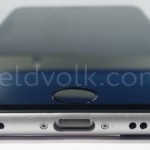 Apple could sell a record number of 'iPhone 6' units during the first weekend
Nothing found :(
Try something else