The next iPhone was supposed to include a single layer of backlight film instead of the standard two. It was a move to make the “iPhone 6” much thinner than its predecessors. This plan hasn’t worked out. As a result, the launch of Apple’s latest handset could be delayed, according to Reuters.

According to two supply chain sources,”display panel production suffered a setback after the backlight that helps illuminate the screen had to be revised, putting screen assembly on hold for part of June and July.” Though “output is now back on track and suppliers are working flat-out to make up for lost time,” the iPhone 6’s release date is now in doubt.

Apple was expected to announce the company’s 2014 iPhone lineup on Tuesday, Sept. 9. Now,“it’s unclear whether the hiccup could delay the launch or limit the number of phones initially available to consumers.”

The iPhone 6 is now expected to include two layers of backlight film.

Early iPhone supplies rarely keep up with demand. Because of this, I don’t expect this news to delay the iPhone 6 announcement, or the handset’s release date.

Cupertino has not yet to announce that they are holding a media event on Sept. 9. If they are, we should hear an official announcement by Sept. 2. If we do not, consider it a significant hiccup.

Besides, this isn’t the first time we heard that production issues could delay the launch of the new iPhone.

Earlier this month, KGI Securities analyst Ming Chi Kuo said that iPhone production had been stymied by yield issues with certain component parts, including in-cell touch panels and the metal chassis. At the time, Kuo suggested that these difficulties may force Apple to push back the release of the long-rumored 5.5-inch iPhone 6 until the fourth quarter of this year, or (gulp) early 2015. 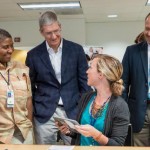 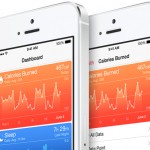 Apple said to have talked with insurance companies regarding HealthKit
Nothing found :(
Try something else