Ahead of its special media event on Sept. 9, which is expected to include the official launch of the HealthKit platform and the Health app in iOS 8, Apple has updated its privacy rules pertaining to health apps.

According to the Guardian:

The technology firm has told developers that their apps, which would use Apple’s “HealthKit” platform on the forthcoming products, must not sell any personal data they gather to advertisers. The move could stave off concerns users might have around privacy as Apple seeks to move into the health data business.

The rules state that, while developers of apps that use HealthKit are, of course, allowed to collect users’ health data, they are prohibited to sell it to advertising platforms, data brokers, or information resellers. However, they may share data with third parties for medical research purposes as long as they secure users’ permission.

The rules also assert that developers may access the HealthKit APIS only if their apps are designed mainly with features related to health and fitness.

HealthKit was unveiled by Apple last June along with Health, an app set to debut in iOS 8 featuring a central collection point for various types of health and fitness data, including blood pressure, heart rate, and calories burned.

HealthKit is said to have been a major topic of discussions held by Apple with health professionals and insurance companies prior to the platform’s official launch.

Along with HealthKit, Health, and iOS 8, the “iPhone 6” and the “iWatch” are expected to be launched by Apple at its event on Sept. 9, which the company has teased in its invitations thus: “Wish we could say more.“

Apple planning on unveiling 'iWatch' alongside 'iPhone 6' ... but only as an accessory 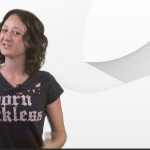 AppAdvice Daily: Apple has officially announced its special event is on Sept. 9
Nothing found :(
Try something else