You are using an outdated browser. Please upgrade your browser to improve your experience.
by Aldrin Calimlim
August 13, 2014
Earlier today, Apple released a diversity report providing statistics about the race and gender makeup of its workforce. The report is published on a dedicated webpage on Apple's website, which notably contains a manifesto on the Cupertino-based company's commitment to diversity. This manifesto is also delivered in an accompanying video (shown below), which, as noted by AppleInsider, is narrated by Denise Young Smith, Apple's Vice President of Human Resources. Smith joined Apple in 2000 as director of retail human resources and eventually took on the role of Vice President of Global Retail Stores. Last February, she was promoted to the position of head of human resources for all of Apple. She replaced Joel Podolny, who left the position to focus full-time on Apple University, the company's secretive in-house training program profiled in a recent article by The New York Times. "In April, Smith topped a listing compiled by Business Insider of 'the most important African-Americans in technology,'" AppleInsider notes. "In addition to working as a corporate executive, Smith is a soprano recording artist who has performed at Carnegie Hall." If you can't see the video embedded above, please click here. Here's Apple's diversity manifesto as narrated by Smith in the video and as written on the webpage:

From the very beginning, we have been a collective of individuals. Different kinds of people from different kinds of places. An intersection of technology and the liberal arts. Diverse backgrounds, all working together. One powerful thing we share is the belief that we can make a difference in this world. Through our products. And through our values. Through who we are. For this reason, we put inclusion and diversity at our very center. We honor individuality, human dignity, and equality. We want people to be themselves. And contribute through their own, individual experiences. Because this environment inspires creativity and innovation. And empowers us all to do the best work of our lives. Together.

The video ends and the webpage begins with the motto, "Inclusion inspires innovation," which was first stated by Apple CEO Tim Cook in congratulating the Apple employees and their families who joined "Apple Pride" in support of LGBT rights late last June. According to Apple's diversity report, Apple's worldwide workforce is 70 percent male and 30 percent female. In the U.S., 55 percent of Apple's workforce is white, 15 percent Asian, 11 percent Hispanic, and 7 percent black. 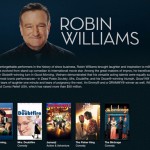 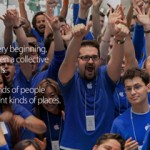 Apple releases a diversity report on its workforce
Nothing found :(
Try something else