Ac couple of weeks ago, it was reported that the state senate of California had passed a bill that would require a “kill switch” to be enabled in smartphones. Now, the bill has been signed into law.

As reported by The Wall Street Journal, California Governor Jerry Brown has signed the “kill switch” bill, thereby mandating all smartphones sold in the most populous U.S. state to come equipped with the anti-theft feature.

If duly enabled, a “kill switch” option allows owners to remotely disable their smartphones, thereby rendering the devices inoperable, in the event of loss or theft. The feature has been supported by a number of manufacturers, most notably Apple, whose Activation Lock on iOS is said to have resulted in a reduction in smartphone robberies in some cities, including London, New York, and San Francisco.

With its new legislation, California becomes the second state to sign a “kill switch” bill into law, following Minnesota, which enacted a similar proposal last May.

The new law requires a preinstalled “kill switch” feature in any smartphone produced or sold in California after July 1, 2015, with a corresponding fine ranging from $500 to $2,500. 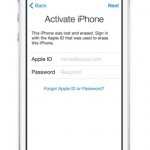