You are using an outdated browser. Please upgrade your browser to improve your experience.
by Aldrin Calimlim
June 19, 2014
Apple's "kill switch" feature may have resulted in a reduction in smartphone thefts in some cities, including New York, San Francisco, and London. The New York Times reports:

Police officers in San Francisco and London say that after Apple introduced its measure, called Activation Lock, last fall, iPhone theft fell significantly. Comparing data in the six months before and after Apple released the feature, the police said iPhone robberies in San Francisco dropped 38 percent, and those in London fell 24 percent ... The police in New York said that robberies involving Apple products dropped 19 percent and those involving grand larcenies dropped 29 percent in the first five months of 2014, compared with the same time period from 2013.

Introduced by Apple last September as part of iOS 7, Activation Lock is designed to make it more difficult for thieves to use stolen iOS devices. With Activation Lock enabled on an iPhone, a thief must know the associated Apple ID username and password to reactivate the device after it's been totally wiped or its Find My iPhone function has been disabled. According to police, Apple's Activation Lock and other manufacturers' variations on the kill switch help discourage thieves from stealing smartphones. Last April, it was reported that Apple, Microsoft, Google, Samsung, and several other smartphone makers have entered into a voluntary agreement to add “kill-switch” features in handsets going on sale after July 2015. Lawmakers across the U.S. have also called for antitheft features on smartphones. Last month, Minnesota became the first state to require a kill switch on all smartphones, while California passed a senate bill requiring the same. 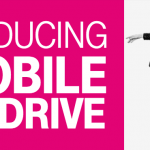