Apple has reportedly agreed on a partnership with American Express for its long-rumored mobile payment service, which is expected to enable users to pay in retail stores using iPhones.

According to Re/code, the financial services company is one of several partners the iPhone maker needs to officially bring on board for its new mobile payment solution, which is said to be introduced alongside the “iPhone 6″ on Sept. 9:

Apple’s new payments system is expected to let iPhone 6 owners use their phone in place of a credit card or cash to pay for goods in brick-and-mortar stores. Customers will present their phones at the checkout counter of partnering retailers to transmit payment information to complete a purchase. It’s not clear which retailers have signed on to accept such payments.

Apple’s discussions with retailers regarding mobile payments were first reported late last May.

Apple is also likely to take advantage of its Touch ID technology to allow users to pay in retail stores with just a touch of the home button of the iPhone 6.

In launching its new mobile payment service, Apple is expected to leverage the more than 800 million iTunes accounts with associated credit cards it has on file.

Apple was previously reported to have met with another financial services company, Visa, to discuss its new iPhone payment system. 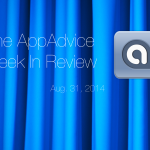 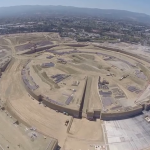