It could be that in the near future, iDevice users in the United States have just three major carriers to choose from when purchasing a new iPhone. Because if a recent report has it right, Sprint is looking to place a bid for so-called “uncarrier” T-Mobile, in a move that would truly shake-up the U.S. wireless market.

The news comes from The Wall Street Journal, which explains: “Sprint is studying regulatory concerns and could launch a bid in the first half of next year, the people said. A deal could be worth more than $20 billion, depending on the size of any stake in T-Mobile that Sprint tries to buy.”

Of course, a Sprint and T-Mobile merger would result in a super-carrier capable of taking on Verizon and AT&T, however the deal could draw attention from antitrust authorities. In particular, such authorities may argue that having three major carriers in the United States, rather than four, could see prices become less competitive, ultimately resulting in a poor deal for U.S. subscribers.

You'll remember that such an accusation was leveled at a potential AT&T and T-Mobile merger by none other than the U.S. Department of Justice, a couple of years ago.

Sprint hasn't yet decided whether to move ahead with a bid. Going forward despite regulators' concerns would be highly risky. Any pursuit of a bid by Sprint could be aimed at testing antitrust officials' reaction to a deal, and a bad reaction could put an end to the effort.

The Wall Street Journal adds that Deutsche Telekom, which owns a 67 percent stake in T-Mobile U.S., is reportedly looking to exit the U.S. market. Between them, Sprint and T-Mobile have some 53 million postpaid subscribers; compared with Verizon's 95 million postpaid subscribers and AT&T's 72 million, this still means Sprint and T-Mobile would take third-place in the United States, even as a combined company.

See also: It Looks Like Apple Is Set To Launch iOS In The Car Alongside iOS 7.1, China Mobile Handing Almost All Of Its Ad Space To iPhone, iPad, and Vert 2 Features Universal Support For iPad, Enhanced Color Themes And More. 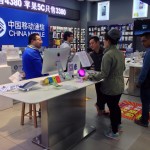 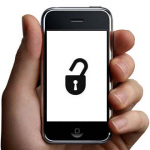