My favorite third-party iOS email client is about to receive a big makeover. Developer Mindsense recently announced that Mail Pilot 2 will be arriving on the App Store in October.

The new version is touted as being a completely new application. First up, the redesigned UI will offer natural navigation, new gestures, and a message view that provides both clarity and content to the information.

In a blog post, Mindsense also discusses some of the new features for the app:

In addition to Mail Pilot’s core features, we set out to take advantage of what your device and iOS 8 have to offer to make Mail Pilot 2 more integrated, synchronized, and contextually aware. Moreover, we rethought what true cross-platform compatibility should be and built integrations between Mail Pilot on Mac®, iPhone®, and iPad® that are as intelligent as they are seamless. We’re excited to share more details about these major additions and all of the other new features and improvements you’ll find in this application over the coming weeks.

A universal app designed for the iPhone/iPod touch and iPad/iPad mini, Mail Pilot can be downloaded now on the App Store for $9.99. The new version will be free for all current users, which is great news.

The Mail Pilot app for the Mac can be downloaded now from the Mac App Store for $19.99.

Originally arriving on the App Store in early 2013, Mail Pilot is unique because it helps turn your email inbox into a smart and intuitive to-do list. Each email is marked as complete or incomplete. Every email can also be assigned due dates, saving the information to be reviewed later.

For other app news and reviews today, see: Vine update allows users to import their existing videos and more, How long can you outrun the cops? Find out in Pako – Car Chase Simulator for iOS, and Multiplayer racing game Tiny Runners: BOOM! explodes with fun. 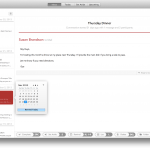 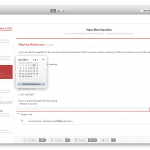 The First Public Beta For Mail Pilot For Mac Is Now Available As A Free Download
Nothing found :(
Try something else