After images first surfaced late last week, we’re seeing even more evidence that the “iPhone 6” will come with a Lightning cable featuring a reversible USB connector.

On Sunday, prolific leaker Sonny Dickson posted another image of the apparent cable via Twitter:

In the image, he compares the new cable with a current-generation version.

With a reversible USB connector, users could insert the plug into their computer or other device without having to worry about aligning the correct end. The Lightning part of the cable can also be inserted into an iOS device no matter its orientation.

An Apple patent detailing a reversible USB connector was also approved earlier this year, making the rumors more of a possibility.

While other images posted earlier today claim to be the new cable’s retail box, that’s highly unlikely. If the cable is reversible, why would it still show the correct way to insert it via the USB the symbol on the front? And it also looks nearly identical to the current box.

Apple’s next-generation handset should be introduced at a media event on Tuesday, Sept. 9. 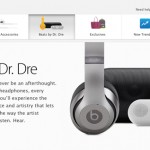