Summer doesn’t officially end until Sept. 22 in the northern hemisphere. Nonetheless, folks in the United States unofficially celebrate (or mourn) summer’s end on Labor Day, which is Monday, Sept. 1 this year. As any true Apple fan knows, this means that a new iPhone can’t be far behind.

This year, we expect Apple to unveil its new iPhone lineup on Tuesday, Sept. 9. With this in mind, we’d like to offer our loyal readers some important dates in the coming weeks.

On Thursday, Sept. 4, AppAdvice will publish our annual iPhone trade-in guide. Here, we’ll highlight the best places to get some serious cash (or gift cards) for your older handsets, including the iPhone 4s, iPhone 5, iPhone 5c, and iPhone 5s. We’ll also be offering some special promotions just for AppAdvice readers.

Pencil in Wednesday, Sept. 17 as the day Apple releases iOS 8 to the public — at least for iPhone. A version for iPad might not happen until October, when Apple’s next-generation tablets are likely to be announced.

Since 2008, iPhones have been announced and released according to a fairly consistent schedule. Therefore, Friday, Sept. 19 is the day Apple is most likely to release the “iPhone 6.” The big unknown is whether Apple will release both the rumored 4.7-inch and 5.5-inch iPhone 6 models on the same day.

We can’t wait to cover the iPhone announcement and its aftermath. We hope you can join us for all of the big announcements.

For recent iPhone news (and rumors), see: Just in time for iOS 8 and the ‘iPhone 6,’ Verizon will soon be rolling out Voice-over-LTE technology, Verizon ‘retires’ the 32 GB iPhone 5c ahead of Apple’s ‘iPhone 6’ launch, A key analyst sees ‘no impact’ to any ‘iPhone 6′ display shortage. 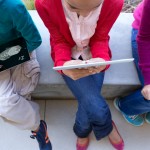 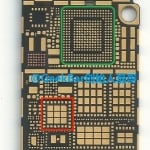 Further proof that Apple's next iPhone will support NFC
Nothing found :(
Try something else