You are using an outdated browser. Please upgrade your browser to improve your experience.
by Brent Dirks
August 26, 2014

After originally announcing rollout plans in May, Verizon has confirmed that Voice-over-LTE technology will come to the largest U.S. carrier “in the coming weeks.”

Also known as VoLTE, the technology will allow voice calls to be routed through the much faster LTE network. Currently, all Verizon voice calls are placed on the older 3G network.

VoLTE will be active when two Verizon customers in an LTE coverage area call each other from handsets with the technology. One major perk, beyond the high-definition voice quality, is that video calling will be made easier. Verizon discusses more about that feature:

Video Calling is simplified when using VoLTE technology. The contact list in the phone clearly shows, with a video camera icon next to the name, who can receive a Video Call, and a tap or two on the phone starts the call so you can speak to friends and family face-to-face. Customers control Video Calls, easily switching to a voice-only call from a Video Call and back with a tap on the phone. The audio portion of a Video Call is delivered in HD Voice. 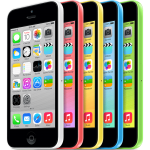 Apple requiring developers to use newer beta versions of iOS 8 and OS X Yosemite
Nothing found :(
Try something else