As reported by Joystiq, Super Meat Boy: Forever (SMB:F) is being previewed by Team Meat at PAX Prime 2014. You can check out a short clip of the game in action in this Vine video:

Contrary to what the Vine video’s caption suggests, SMB:F is not an endless runner. Rather, as pointed out by Team Meat co-CEO Edmund McMillen, the game is an auto-runner but is “not at all endless.”

In its official announcement post, Team Meat notes that SMB:F is not a mere port of Super Meat Boy and provides a fact sheet about the upcoming game, including the following bits of information:

SMB:F is said to be just a couple of months into development and is expected to be released “sometime next year” for Steam-supported platforms as well as smartphone and tablets, including, of course, iOS devices. No word yet on whether it’s going to be a free-to-play title or not, but Team Meat assures potential players that SMB:F “will not use abusive $ tactics to drain your wallet and cheapen the game experience.”

SMB:F appears to be the touch-optimized version of Super Meat Boy that Team Meat first teased back in April 2012, which was put on hold when the team began work on its “cat-lady sim” Mewgenics. Now, though, Mewgenics is the one being placed on the back burner in favor of SMB:F. 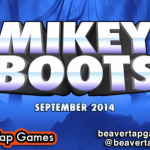 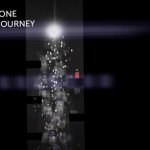 Thomas Was Alone is now available on iPhone as the game goes universal
Nothing found :(
Try something else