You are using an outdated browser. Please upgrade your browser to improve your experience.
by Joe White
August 8, 2014

It looks like Zynga, the developer-publisher behind countless iOS titles, is set to test the waters of sports-based mobile gaming.

Because according to a recent Polygon article, Zynga has announced “a new series called Zynga Sports 365,” and Tiger Woods has reportedly been signed for a golf-based game scheduled to launch later this year.

Of course, as Polygon notes, Woods’ name was used for EA’s PGA Tour game series from 1998 to 2013; last year, however, he was indeed dropped by EA.

Zynga also has an NFL game, too – NFL Showdown – and this is already available “in select markets.” Apparently, the developer-publisher has signed a contract with the National Football League (NFL) and with the NFL Players Inc., and as such the application (and its sequels) “will feature pro players and their likenesses.”

By combining our expertise with the NFL, NFL Players Inc. and Tiger Woods, we can create next-generation mobile football and golf games for consumers around the world.

We’re not sure when the Zynga-Tiger Woods title is set to launch on iOS, but we’ll certainly keep you updated with further information as we receive it. 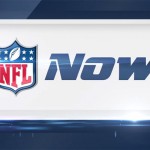 It's time for some football as NFL Now launches on Apple TV, iPhone and iPad 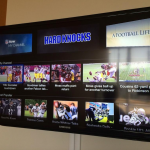 NFL Now is coming to Apple TV
Nothing found :(
Try something else