Apple has just begun accepting donations from iTunes Store customers who wish to contribute to the fight against breast cancer. The company’s new donation campaign runs throughout October, which is Breast Cancer Awareness Month.

The full amount, i.e., 100 percent, of donations collected through the campaign will be transferred by Apple to City of Hope, a nonprofit charity dedicated to combating not only breast cancer but also other life-threatening diseases:

City of Hope is a global leader in the fight against cancer, diabetes and other life-threatening diseases. As a comprehensive cancer center, the highest recognition bestowed by the National Cancer Institute, City of Hope has impacted lives worldwide with groundbreaking research and innovative treatments made possible by generous donations like yours. In honor of Breast Cancer Awareness Month, join us in the fight against the world’s deadliest diseases with your donation. Gifts to City of Hope benefit our general fund for research and treatment programs.

If you want to make a donation to City of Hope, select the appropriate campaign banner in the home page of the iTunes app on iOS or the iTunes Store on desktop. Donations are available in $5, $10, $25, $50, $100, and $200 denominations, and are charged to the credit card associated with your iTunes Store account. Note that donations cannot be made using iTunes Store credits.

This City of Hope donation campaign follows similar initiatives run by Apple in the past several years, including ones for the victims of the earthquake in Haiti in 2010, the earthquake and tsunami in Japan in 2011, Hurricane Sandy in the U.S. in 2012, and Typhoon Haiyan in the Philippines in 2013. 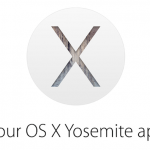 After signing deal with Samsung, PayPal got 'kicked' out of Apple Pay
Nothing found :(
Try something else