A few days ago, it was reported that Apple would be receiving unspecified fees from banks when customers use its recently unveiled Apple Pay mobile payment service. Now, we get an idea as to how much those fees may be.

According to The Financial Times, the company is eligible to get a 0.15 percent cut of the purchase value every time a customer uses Apple Pay.

“Bank chief executives fawned about the ‘exceptional customer experience’ and the ‘exciting move’.” The Financial Times reports. “They are also paying hard cash for the privilege of being involved: 15 cents of a $100 purchase will go to the iPhone maker, according to two people familiar with the terms of the agreement, which are not public. That is an unprecedented deal, giving Apple a share of the payments’ economics that rivals such as Google do not get for their services.”

Given that more than $40 billion are generated by banks every year from so-called swipe fees alone, Apple is ideally poised to reap quite an annual revenue from banks’ participation in Apple Pay.

Banks that have partnered with Apple to have their issued cards integrated into Apple Pay include Bank of America, Capital One Bank, Chase, Citi, and Wells Fargo.

Apple Pay offers customers an easy, contactless way to pay at online and brick-and-mortar stores using any of the devices introduced by Apple last Tuesday alongside the mobile payment system: the iPhone 6, the iPhone 6 Plus, and the Apple Watch. 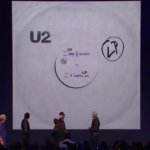 U2's 'Songs of Innocence,' free of charge courtesy of Apple, nets over 2 million downloads
Nothing found :(
Try something else