Apple has finalized its lineup for the iTunes Festival London 2014, which is scheduled to begin tonight.

Joining the artists that have been previously announced by Apple to perform at its iTunes-sponsored concert series throughout September are six additional performing acts, including Imelda May and The Mirror Trap.

Also included are Friend Within and Kate Simko & London Electronic Orchestra, who are set to join Deadmau5 in kicking off the music festival tonight. There’s also SBTRKT, who is scheduled for the previously vacant Sept. 19 spot, and Plácido Domingo, who is set to perform on the festival’s final night on Sept. 30.

Here’s the complete lineup for the iTunes Festival London 2014:

For the eighth year running, the iTunes Festival is being held at The Roundhouse in London.

Tickets to the iTunes Festival London 2014 are free for winners of competitions run by Apple and its media partners, including its very own Beats Music. All of the festival’s 30 shows are going to be streamed for free on Mac, PC and iOS devices and on Apple TV via iTunes and the official iTunes Festival app. 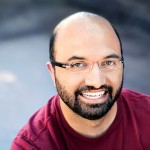 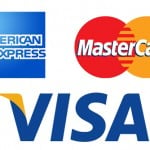 Apple partnering with Visa and MasterCard in addition to Amex for so-called 'iPhone Wallet'
Nothing found :(
Try something else