Apple is set to hold the eighth annual iTunes Festival in London this September. Tickets to the iTunes-sponsored concert series are free, but they are raffled off by Apple and its partners, which apparently include its recent $3 billion acquisition, Beats Music.

As noted by MacRumors, Beats Music has launched a contest dubbed #GoWithMe to offer its users a chance to win tickets to select nights of the music festival, with no purchase necessary.

If you’re a U.S. resident at least 18 years of age, you can enter the contest by registering for a Beats Music account for free either on the Beats Music website or in the official Beats Music app for iOS.

Then, log in to your Beats Music account in the app and visit the Artist Profile page for any of the following artists performing at the iTunes Festival: Kiesza, Calvin Harris, Pharrell Williams, Maroon 5, or Ed Sheeran. Follow the directions therein to submit your entry.

Beats Music is set to pick 25 winners, each of which will receive two-night hotel accommodations in London and a pair of tickets to the iTunes Festival for one of the following performances: Kiesza on Sept. 7, Calvin Harris on Sept. 7, Pharrell Williams on Sept. 10, Maroon 5 on Sept. 11, or Ed Sheeran on Sept. 29.

The #GoWithMe contest runs until Sept. 20, nine days before the date of the last participating performance.

Non-ticket holders can still experience the iTunes Festival London 2014 via free streaming on Mac, PC and iOS devices and on Apple TV via iTunes and the official iTunes Festival app. 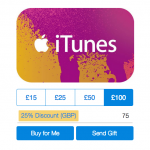 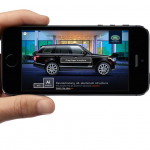 Apple updates its iAd mobile ad platform to support new ad styles and new countries
Nothing found :(
Try something else