Yesterday, it was reported that Apple had partnered with the French fashion retailer Colette for a “one day only experience” scheduled for today, Sept. 30. As expected, the special event is focused on the Apple Watch.

For today only, Apple’s fashionable and wearable device is on display at Colette’s gallery at the rue Saint-Honoré in Paris. As noted by MacRumors:

A number of key people from Apple and the fashion industry itself have attended the event, including Apple design chief Jony Ive and his recently Apple-recruited pal, Marc Newson, Chanel head designer Karl Lagerfeld, and Vogue editor-in-chief Anna Wintour.

Apple has been promoting its namesake wristwatch as a fashion item as much as a “smart” device since the product’s unveiling alongside the iPhone 6 and the iPhone 6 Plus. In fact, its introduction took place in front of an audience that included top fashion editors, who were invited by Apple at its special media event earlier this month.

While its smartphone co-stars at the event have been made available, the Apple Watch is not due for launch until “early 2015,” perhaps past Valentine’s Day even.

The Apple Watch will be available starting at $349, with the most expensive variant coming from the aforementioned Apple Watch Edition Collection.

Apple set to start selling iPhone 6 and iPhone 6 Plus in China on Oct. 17 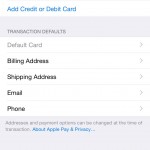 Apple Pay settings and reference to Touch ID on iPad found in iOS 8.1 beta
Nothing found :(
Try something else