It’s about time you formed a habit of keeping track of your health and fitness. And Apple is intent on helping you on that front with its all-new wearable device, the Apple Watch.

As expected, Apple’s first-generation wearable product is designed with a focus on health and fitness. After all, the device has been reported to have been developed by a team including fitness experts, professional athletes, and healthcare partners. 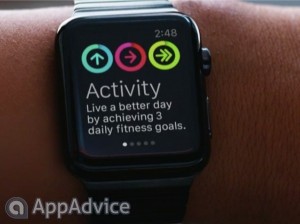 Unsurprisingly, the device is integrated with Apple’s HealthKit platform and Health app, as it tracks key health stats such as heart rate and calories burned. It can also suggest and establish heath goals and even reward fitness milestones.

As announced by Apple CEO Tim Cook and fitness expert Jay Blahnik, the Apple Watch comes preloaded with two new apps: the Fitness app, which monitors all activity and movement, and the Workout app, which sets specific goals for specific types of activity.

Stay tuned to AppAdvice, particularly to our live blog, for more updates straight from Apple’s event. 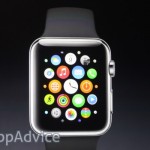 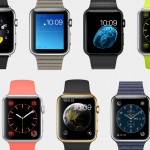 This is the Apple Watch: Specs, Design and Sizes
Nothing found :(
Try something else