We’ve seen photos and videos showing the “iPhone 6″ as assembled from various leaked parts. But now we get to see photos and videos of a leaked actual unit of Apple’s highly anticipated next-generation smartphone.

As reported by MacRumors, the Chinese site cnBeta shares a Weibo user‘s images of what is claimed to be an official and functional iPhone 6, particularly a 4.7-inch model, compared with the current 4-inch iPhone 5s.

The images corroborate previous leaks in that they show the long-expected design of the iPhone 6, including tapered edges on the front and a round True Tone flash and a protruding camera ring on the back. 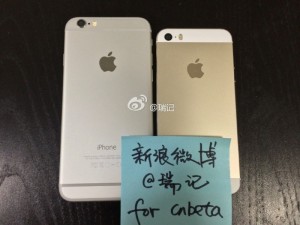 Perhaps most notably, the iPhone 6 is shown to have a home screen with a redesigned Passbook icon. The icon appears to have a new top stripe with a credit card symbol, hinting at the imminent launch of Apple’s rumored mobile payment platform.

As for the home screen itself, MacRumors notes:

The home screen layout includes the possibility of a sixth row of icons (in addition to the dock at the bottom), one more than on 4-inch iPhones. The horizontal layout remains at four icons, with simply a bit more separation between the icons. Icons appear to be the same size on both the iPhone 6 and iPhone 5s, supporting the idea of a 1334 x 750 resolution.

Apple is expected to unveil the iPhone 6, which is said to come in 4.7-inch and 5.5-inch models, at its special media event on Tuesday, Sept. 9. 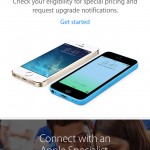 Apple's iPhones most likely to get stolen according to UK's 'Mobile Phone Theft Ratio'
Nothing found :(
Try something else