We’re getting even more information about Apple’s so-called “iWatch,” which is expected to be introduced next Tuesday, Sept. 9.

A new report from The Wall Street Journal says the long-rumored device will offer NFC technology and tie-in with Apple’s mobile payment solution.

The site also echoes a report earlier today saying that the wearable device will come in two different sizes, each with a curved OLED screen. As expected, it will also feature a number of other sensors for health and fitness tracking.

Buyers will need to be patient. The report says it will be 2015 before the device hits the market:

One person familiar with Apple’s suppliers said there is “no way” that it will be able to ship the watch this year. However, Apple hasn’t changed its timetable for component suppliers that are shipping parts as scheduled to Taiwan’s Quanta Computer Inc., the proposed device’s manufacturer. Technology website Re/Code reported earlier that the watch won’t be available this year.

Apple plans to take preorders for the smartwatch before it officially goes on sale, a person close to Apple said. It wasn’t clear what Apple plans to charge for the devices.

The “iWatch” is expected to be unveiled with the next-generation iPhone at a special media event at the Flint Center on the DeAnza College campus in Cupertino, Calif. Apple is apparently constructing its own building at the center to use in some capacity.

With the “iPhone 6″ also expected to feature NFC capability, Apple will likely be entering into the mobile payment arena with a big splash. Apple’s reluctance to add NFC to its devices has limited the appeal of the burgeoning field. But that should change soon, and the physical wallet might be a thing of the past before we know it.

The event will start at 10 a.m. PDT on Tuesday. As always, we’ll be covering all the news live. It’s quickly shaping up to be a huge day for Apple. 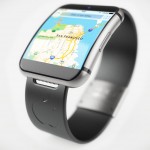 Apple's 'iWatch' to come in different sizes, multiple styles when it launches in 2015
Nothing found :(
Try something else