One of my favorite Bluetooth speaker manufacturers, Soen Audio, is thinking small with its latest device.

Currently seeking funding on Kickstarter, the Transit XS is a pocket-sized speaker that is designed to go pretty much anywhere and can be mounted on any standard tripod mount.

Here’s a quick video about the project. Click here if you can’t see it.

Along with measuring in at just an inch thick, the speaker offers up to eight hours of music listening before needing to be recharged. The Transit XS also contains a microphone for hands-free calling.

Right now, for an early bird pledge of $60, you can reserve a Transit XS in one of five colors – black, red, blue, purple, or white. A pledge of $85 will net you a speaker along with a wearable clip and bicycle mount.

All pledges are expected to ship in December. Just two days into the campaign, the funding goal has easily been reached.

Soen stormed onto the scene last year with the larger Transit speaker. In my original review, I had high praise for both the sound quality and the spectacular construction. I also named it as one of my favorite accessories of the year.

If you’re interested, the Transit retails for $199.95 and can be purchased at Apple’s online store now.

The Transit XS looks to be another winner from Soen with a mix of good looks and great audio. 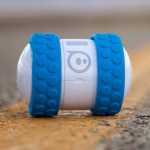 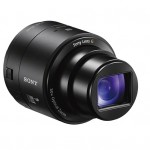 Sony unveils two new iPhone-compatible lens cameras, the QX30 and QX1
Nothing found :(
Try something else