You are using an outdated browser. Please upgrade your browser to improve your experience.
by Brent Dirks
September 24, 2014

That didn’t take very long at all. Just a few hours after Apple released, and then pulled iOS 8.0.1, singer and songwriter Jonathan Mann has posted quite a funny video to YouTube.

Entitled “To The Team Behind iOS 8.0.1,” Mann dedicates his song to the employees at Apple who are probably having a much worse day than the large number of users affected by the issues.

Mann, who is know for his Song A Day channel, has added some much needed humor to Apple issues before. He made fun of the iOS 7 backlash last year. And his iPhone Antenna Song, which made light of the issues with the iPhone 4, was even briefly shown by Steve Jobs at the “Antennagate” press conference.

The first iOS 8 update caused some significant issues for users of the iPhone 6 and iPhone 6 Plus. Along with disabling cellular connectivity, many reported that the Touch ID functionality no longer worked.

Apple is “investigating” the issues. If you happened to install the update and have a broken iPhone, follow these steps to get your handset back in order. 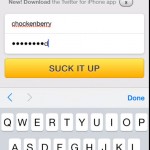 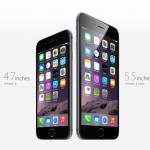 Here’s how to fix your iPhone 6 or iPhone 6 Plus if you updated to iOS 8.0.1
Nothing found :(
Try something else