“It’s an incredible day for Apple.” That’s how Apple CEO Tim Cook described today in a memo he sent out to Apple employees shortly after wrapping up the company’s rather eventful media event.

In the memo, which is shared by 9to5Mac, Cook made special mention of Apple’s newly announced products. These include the 4.7-inch iPhone 6, the 5.5-inch iPhone 6 Plus, the new Apple Pay mobile payment platform, and the new Apple Watch wearable device.

“A day like today reminds us what sets Apple apart from any other company on earth,” wrote Cook. “We bring together the best hardware, software and services to create a seamless and intuitive user experience. Our products enrich people’s lives, which is something rare and special.”

Cook concluded his message by congratulating all of Apple’s employees who made the launch of its new products possible — innovations that, according to him, herald a “new chapter in Apple’s story.”

You can read Cook’s memo in its entirety over at 9to5Mac. 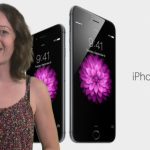