This hasn’t been a great week for the Merchant Customer Exchange (MCX), a consortium of companies led by Walmart that hope to compete with Apple Pay with its own mobile payment system called CurrentC.

After admitting that members can leave the organization without facing a penalty, MCX has been forced to admit to its first data breach.

MCX has alerted CurrentC beta testers of unauthorized access to their email addresses, by stating:

Thank you for your interest in CurrentC. You are receiving this message because you are either a participant in our pilot program or requested information about CurrentC. Within the last 36 hours, we learned that unauthorized third parties obtained the e-mail addresses of some of you. Based on investigations conducted by MCX security personnel, only these e-mail addresses were involved and no other information.

No further information about the breach has been disclosed. 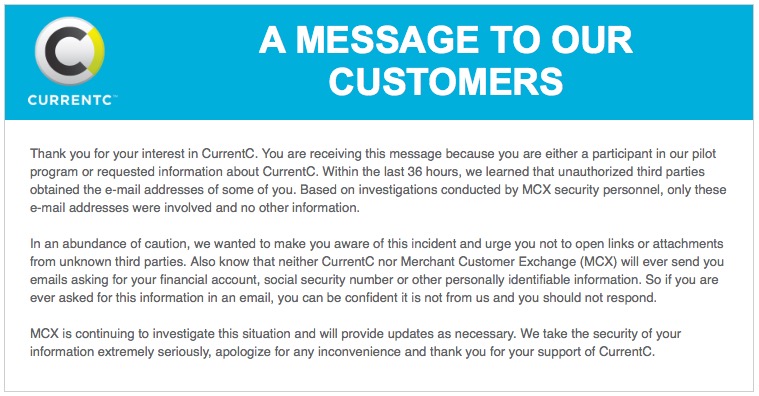 Earlier today, The New York Times confirmed that members of the MCX consortium are contractually obligated to reject mobile payment services other than the group’s upcoming CurrentC platform.

This is the reason companies such as CVS and Rite Aid have previously announced that they cannot accept customer payments from Apple Pay or Google Wallet, even though they have near field communication (NFC) terminals in stores.

In a note that followed, MCX opened the door for members to exit the organization without facing penalties:

MCX merchants make their own decisions about what solutions they want to bring to their customers; the choice is theirs. When merchants choose to work with MCX, they choose to do so exclusively and we’re proud of the long list of merchants who have partnered with us. Importantly, if a merchant decides to stop working with MCX, there are no fines.

For a full listing of companies that are currently a part of the consortium and contractually cannot support Apple Pay, click here. 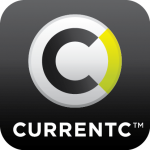 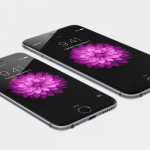 Apple sees important iOS market share gains in Europe and China, as others delayed purchases for iPhone 6
Nothing found :(
Try something else