After being available free to iTunes users for a month, U2’s new album “Songs of Innocence” has racked up some pretty impressive numbers.

Apple’s Eddy Cue, senior vice president of software and services, told Billboard that more than 81 million users have “experienced” the album in some fashion through iTunes, iTunes Radio, and Beats Music.

The complete album has been downloaded by more than 26 million users, an astonishing number that Cue helps to quantify:

“To help put this into perspective,” he says, “prior to this, 14 million customers had purchased music from U2 since the opening of the iTunes Store in 2003.”

There are currently around 500 million iTunes accounts around the world.

Apple reportedly paid the band upwards of $100 million to offer the album exclusively for free until next week. A physical deluxe edition of the album will hit stores on Tuesday, Oct. 14. It will feature 10 additional tracks not available on the iTunes version.

Even though a huge number of users accessed the music, the backlash to the promotion was fierce. Apple was even forced to create a tool for users to delete the album from their music library and purchases tab if they desired.

Comedian Conan O’Brien even got the chance to make fun of the “controversy” with a hysterical video.

But with those numbers, I expect Apple and U2 will continue to work together.

Late last month, the band’s Bono admitted that he’s working with the company to create a new digital music format that might help drive album sales. 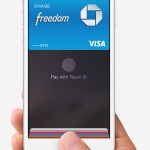 USAA says its Apple Pay support will arrive on Nov. 7 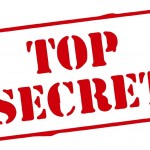