As noted by 9to5Mac, the video is made available by Apple through a new post on the company’s official developer blog, launched last July, dedicated to the programming language it introduced at WWDC last June.

So far the Swift blog has focused on advanced programming topics, including the design principles of the Swift language. We thought it would be helpful to provide content for programmers who are new to Swift and just trying Xcode for the first time. To make it more approachable for everyone, we put together a very short video that demonstrates how to build an iOS app in Swift from scratch, in less than ten minutes.

The video, which is just over six minutes long, provides a demonstration of basic Swift programming by showing how to build a simple photo-filtering app for iOS. It begins with a new project in Xcode, Apple’s integrated development environment, and ends with a functional Swift app running in the iOS Simulator. Check it out:

As shown in the video, Swift serves as an alternative to Apple’s traditional Objective-C programming language. According to Apple, it’s faster, clearer, and more computationally effective. 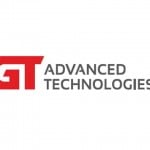 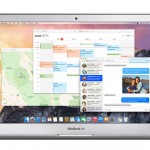 Apple makes the second GM candidate of OS X Yosemite available to developers
Nothing found :(
Try something else