A Retina display MacBook Air is almost certainly in Cupertino’s pipeline. Unfortunately, it’s probably won’t be showing up at Apple’s media event this Thursday, Oct. 16, according to Re/Code.

Sources familiar with Apple’s plans tell me that the company’s latest reimagining of the ultralight laptop won’t be shown off at its Thursday event.

Last week, DigiTimes said that a 12-inch Retina display MacBook Air was in production. That report also said, however, not to expect the new laptop to be unveiled this month.

Apple’s iPad-centric special event begins on Thursday at 10 a.m. PDT. Besides new iPads, Apple is also likely to use the event to unveil the first public version of OS X Yosemite, iOS 8.1, and Apple Pay. The company could also announce a new Mac mini, a refreshed iPod lineup, and more. 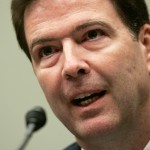 GT Advanced prepares to air Apple's dirty laundry
Nothing found :(
Try something else