You are using an outdated browser. Please upgrade your browser to improve your experience.
by Brent Dirks
October 8, 2014

We’ve got some good news and bad news if you’ve been patiently waiting for a MacBook Air with a Retina display. According to Digitimes, production has begun in limited volumes of a new and thinner 12-inch model.

But now to the bad news:

Since initial production of 12-inch MacBook Air has not yet reached a satisfactory yield rate, component makers and Quanta are making efforts to hike yield rates for the time being, the sources said. As initial production is in limited volumes, 12-inch MacBook Air may not be able to hit the store shelves in time for Christmas, the sources indicated.

So that means we probably won’t hear anything about the new laptop during Apple’s now-confirmed special media event on Thursday, Oct. 16. Apple is expected to introduce new models of the iPad Air, iPad mini with Retina display, and iMacs.

Most recently, rumors suggest that Apple will offer three different color choices for the new laptop that should sound familiar – space gray, silver, and yes, gold.

Along with the sharper screen, new colors, and even thinner body, the laptop will reportedly be powered by Intel’s new Core M Broadwell processor, which should offer better battery life and faster overall performance.

For other recent news, see: Apple is now looking into ‘next steps’ after GT Advanced’s bankruptcy filing, A new leak suggests the ‘iPad Air 2’ will feature Touch ID, but lack a mute switch, and Apple Watch won’t be affected by GT’s bankruptcy, but sapphire-covered iPhones will. 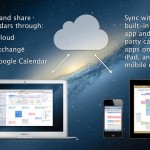 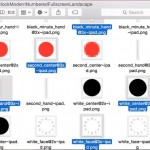 Second beta version of iOS 8.1 hints at Retina HD display for 'iPad Air 2'
Nothing found :(
Try something else