On Oct. 23, 2001, Apple did something that would reboot the company. It introduced the world to the very first iPod.

Featuring a black and white display and 5GB hard drive, the first iPod promised to put “1,000 songs in your pocket” for $399.

Much has changed since that first iPod was released. The iPod line took Apple to new heights and led to the introduction of the iPhone in 2007 and iPad in 2010. Since then, the popularity of the iPod has waned.

Last month, Apple stopped selling the iPod Classic. Earlier this week, the company announced that the iPod would no longer have its own line on the balance sheet, nor will sales from retail. Instead, sales will be lumped in with “other products.” 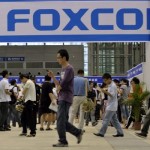 Foxconn wants to make high-end screens for Apple and others 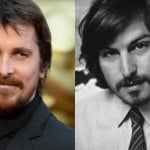 Christian Bale confirmed to play Steve Jobs in upcoming biopic penned by Aaron Sorkin
Nothing found :(
Try something else