More banks are jumping on the Apple Pay bandwagon. Debit and credit cards from Barclaycard, Navy Federal Credit Union, PNC, USAA, and US Bank are now accepting the mobile payment system, according to MacRumors.

Apple Pay originally launched on Oct. 20 with the following participating banks: American Express, Bank of America, Capital One, Chase, Citi, and Wells Fargo. The five banks listed above are still listed as “Coming later this year” on Apple’s website. However, readers of MacRumors have confirmed that the service is already working at those institutions.

We’re excited to make this new service available to our members starting today,” said Randy Hopper, vice president of credit cards and business optimization at Navy Federal. Our members live fast-paced and mobile lives. And, they have enthusiastically adopted our mobile banking solutions. Now, with Apple Pay, they’ll be able to save time when shopping while having a safe and easy payment experience. 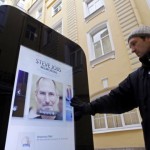 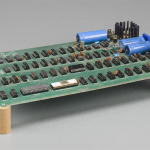 A rare Apple-1 computer sold by Steve Jobs heads to auction
Nothing found :(
Try something else