Amazon is diving head-first into the hardware business once again. Just a few weeks after introducing a media streaming stick to take on Google’s Chromecast, the online retailer has just announced Echo.

The main draw of the smart speaker is a Siri-like voice assistant. It is always on and listening for users to say the wake word – Alexa.

Once a user says that word, they can do things like ask for information, music, news, and weather. Not surprisingly, you can add items to an Amazon shopping list as well.

Here’s a quick promo video about the Echo. Click here if you can’t see it.

On an iPhone or iPad, users will be able to interact with the speaker through a Web browsers to manage alarms, music, shopping lists, and more.

Users will be able to play music directly from their Amazon Library, Prime Music, TuneIn, and iHeartRadio directly from the speaker. Other music sources, like Spotify, Pandora, and iTunes can be streamed to the Echo via Bluetooth from your iOS device.

The Echo will retail for $199, but Amazon Prime members can grab it for just $99. It will go on sale “in the coming weeks” to invited buyers. You’ll need to head over to Amazon’s site to request an invitation.

For other news today, see: Aaron Sorkin discusses the upcoming Steve Jobs biopic in a new interview, Frostbite demos Battlefield 4 running on an iPad, thanks to Apple’s Metal API, and Pixelmator for Mac updated with significant enhancements for OS X Yosemite. 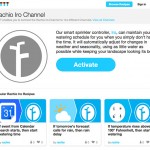 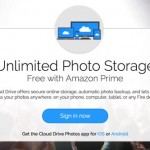 Amazon Prime Photos offers unlimited backups regardless of your device
Nothing found :(
Try something else