Apple has just added support for uploading images to the Photos app on the developer beta version of its iCloud.com website.

On the iCloud beta site, it’s now possible to upload JPGs, but the site does not currently accept other image and video formats like .PNG, .MOV, .MP4, and more. When a file is uploaded to the site, it syncs instantly to all of a user’s iOS devices, much like a photo taken on an iPhone or iPad or added to iCloud Photo Library via the iOS Photos app.

On the iCloud.com beta site, there’s a new toolbar option for uploading new photos, beside the option for selecting existing photos to download or delete. This upload option is currently unavailable in the public version of the site, but it’s expected to be added after its beta testing period.

Launched alongside iOS 8.1, the Photos app on iCloud.com offers access to a user’s iCloud Photo Library, including photos and videos stored in the cloud and kept up to date across iOS devices. Although still in beta, iCloud Photo Library can be enabled on an iOS device by turning it on in the iCloud section of the Settings app. 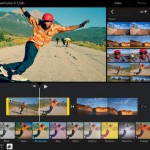 Aaron Sorkin discusses the upcoming Steve Jobs biopic in a new interview
Nothing found :(
Try something else