Offering the latest news in a 60-minute format, the channel will broadcast live programming from 9 a.m. to midnight EST every weekday at launch. It will also simulcast CBS News special reports from breaking news.

Along with the news, it will feature other content from CBS News, CBS affiliate stations, CBSSports.com, Entertainment Tonight, and more.

Viewers will be able to take advantage of DVR-like functionality that allows them to watch previous segments or jump right into live programming.

Unlike other channels that require some type of authentication with your cable provider, the CBSN network is free to all Apple TV users and can be accessed immediately.

Apple has been busy adding a number of programming sources to the Apple TV in 2014. Most recently, Feeln and FYI TV arrived at the end of October.

Updated Apple TV hardware, which has been rumored for more than a year, is expected to arrive sometime in 2015. 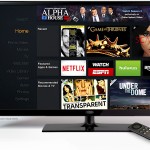