For the 13th year in a row, Apple has topped the Human Rights Campaign Foundation’s Corporate Equality Index. CEO Tim Cook made the announcement on Twitter.

The survey rates U.S. businesses based on lesbian, gay, bisexual, and transgender equality. Apple, along with a record 365 other companies, once again received a 100 percent score.

Last month, Cook publicly came out as gay. The Apple CEO made the announcement in an essay published by Bloomberg BusinessWeek. 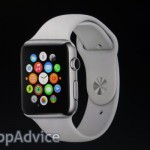 Apple ordered to pay $23.6 million for using old school pager technology without paying for it
Nothing found :(
Try something else