A couple of weeks ago, Apple CEO Tim Cook appeared on stage at the inaugural WSJD Live tech conference held by The Wall Street Journal in Laguna Beach, California. Now, the publication has posted the full video of its interview with Cook at the event.

You can watch the video, which runs for just over 30 minutes, below. As summarized in our previous article, Cook’s appearance at WSJD Live saw him talking about a variety of topics related to Apple, including the iPhone, the Apple Watch, and Apple Pay.

Cook said that the iPhone is the biggest driver of Apple business, which generates up to $18 billion in annual revenue. He also said that the Apple Watch is “profound,” but that it might require daily charging. He also touted Apple Pay as already No. 1 in the field of contactless payments, with 1 million credit and debit card activations in its first 72 hours.

In the interview, Cook also reiterated Apple’s commitment toward user privacy and security, and explained that Apple had to retire the iPod Classic because it could no longer obtain parts for it.

Shortly before his appearance at WSJD Live, Cook, who was born, raised, and educated in Alabama, was inducted to the Alabama Academy of Honor. In his acceptance speech delivered at the Alabama State Capitol, he addressed the key civil rights issues of education, race equality, and LGBT rights.

A couple of days after his WSJD Live interview, Cook penned a personal essay, published by Bloomberg BusinessWeek, in which he publicly came out as gay. “While I have never denied my sexuality, I haven’t publicly acknowledged it either, until now,” he wrote. “So let me be clear: I’m proud to be gay, and I consider being gay among the greatest gifts God has given me.” 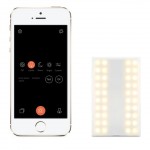 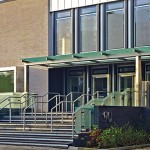 As Apple readies a new R&D center in England, construction on Campus 2 continues
Nothing found :(
Try something else