Apple may have acquired the cloud computing startup Union Bay Networks, a number of whose employees have been tapped by the company in opening its first engineering office in Seattle.

As reported by The Seattle Times (via MacRumors):

The nucleus of the Apple office is a group of employees who had worked at Union Bay Networks, a cloud computing startup near Google’s Seattle campus in Fremont. Union Bay’s information email no longer works, and at least five of its employees have changed their LinkedIn profiles to say they began working at Apple in September. Seven of the startup’s nine employees became Apple employees and are working at an undisclosed office location in the city.

The presence of Apple’s new Seattle office was first noted by GeekWire, which spotted a couple of key indicators in the LinkedIn profile of Union Bay cofounder and former F5 Networks principal engineer Benn Bollay.

One, Bollay now identifies himself as a “manager” at Apple. And two, he has published a post on LinkedIn about a job opening for a systems software engineer with the original headline, “Ever wanted to work at Apple, but didn’t want to live in Cupertino?”

The post, now simply titled “Systems Software Engineer at Apple in Seattle,” says that the company is “looking for talented multidisciplinary engineers to design and develop the core infrastructure services and environments driving every online customer experience at Apple ranging from iCloud to iTunes.”

While it’s unclear whether Union Bay has actually been sold to Apple, the Cupertino-based tech giant has commented on the matter with its standard acquisition statement, saying that it “buys smaller technology companies from time to time, and we generally do not discuss our purpose or plans.”

At its Q4 FY2014 financial results conference call a couple of weeks ago, Apple said that it had acquired 20 companies so far this year. 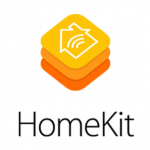 Apple begins seeding beta of OS X 10.10.1 Yosemite to developers
Nothing found :(
Try something else